I have a sad story to tell you. No, more like an unfortunate state of affairs to share or is it that I have an issue? Maybe, but  it is more like a complaint but then again, I don’t complain much. Do I? Hmmm, let’s just say, I have something to blog about. (The thesaurus is not working tonight so forgive me if the words don’t fit well).

Here is what happened. Not sure, if you were aware, but Sunday June 19 was designated Father’s Day. If you were not aware, it is okay. In fact every day is father’s day in my world but the recent custom seem to designate a Sunday in June as the day when we recognize “fathers” including the many super mothers who double as fathers because of DNA (Daddy Not Around). Many of my friends say Father’s Day is really a commercial thing but at least it gives some folks a chance to fuss about their dads and make them feel special. Hmm. Maybe we will consider a Son’s Day, Daughter’s Day, Wife’s Day, Husband’s Day etc.

You see, many times we are misled and even taken advantage of by people and organizations that we would not, even for a minute, expect such behaviour from. The painful part is not that we got shafted as in life we can expect to get used, abused and refused. The hurtful part is when we are taken advantage of by someone we loved, respected and trusted. Yet, it is now so common to be ripped off that regrettably, abnormal has become normal.

Yes. It has become such a sport to “exploit” people that many individuals and organizations delve into the art and science of persuading and confusing. It is fun for some to get much from none. In Jamaica, we say “tricks in trade and mischievous in business” and in college we were taught that “figures don’t lie, but liars figure”.

Here is what happened. A friend of mine was telling me he got a big bottle of Motts 100% apple juice as a gift for Father’s Day.  Okay. Cool. So what? Well. You could see the gratification and pleasure on his face as this was the first gift he had got from his estranged son. According to him “It is years I have not had any real natural apple juice, and my boy bought me the real thing. I am so glad. I can’t afford it. Too expensive but it is worth every cent. 100% juice”. 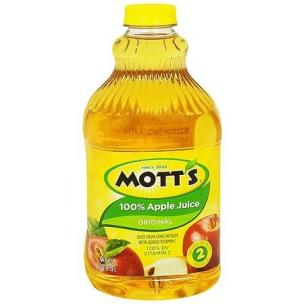 You might be wondering what so sad about a son giving his dad a bottle of 100% Apple Juice on Father’s day. Even if it was given because of a ritual or commercial ritual, what’s sad about that? Isn’t the fact that he gave the gift of a 100% apple juice to his dad a glad thing? It might be feint and choreographed but he made his dad glad not sad on Father’s Day. Right?

True but here is the sad part. It is not so much Father’s Day or the gift. It was the deception.  You see, as I looked at the glee on his face, I found it hard to tell him it was mainly water that was in the bottle of Motts’ 100% Apple Juice. What? Now you see what I mean. The son passed off a drink of water and apple juice to his dad as a bottle of 100% Apple juice. By the way, the son didn’t knowingly passed it off. You see, he got hoodwinked by the supermarket where he bought it. What? Hoodwinked at a reputable supermarket? (There goes the lack of  thesaurus again).

Yeah, he was deceived. Should mention though that there is a high chance the supermarket was also deluded by the producer, in this case, Motts. What? The bottle of Motts 100% Apple Juice bought at the reputable supermarket was mainly water and Motts is to be blamed mostly. Well, to be honest, the government is in complicity directly or indirectly too.   Wait, is this some kind of conspiracy theory? The government is helping Motts to sell water as #100% juice? Explain that so a child can understand or else be careful. Please bear in mind that the bottle clearly state contains 100% Apple Juice and even elementary kids know that a 100% of something mean there is nothing else.

My point. That is the sad part and to be Frank or Honest or Clifton, that is the worrying part too. I hope you understand my dilemma. How does one tell a happy dad that his son bought him a bottle of water passed off as 100% apple juice? How does one explain that it is not his son’s fault but the producer’s, the supermarket’s and the government’s fault? How does one tell the truth and not have the truth provoke contentions and #startamovement? 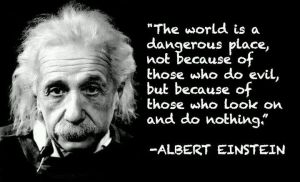 Actually, I am faced with this issue every day I go shopping. You see I am first and foremost a domesticated dad of a very talented debutant singer named Aneil (check her out aneilmusic.com

) but I am also a marketer by profession and career. So on most occasions, I wear a cool cap as dad and a hot hat as a marketer. As a dad, I love shopping and as many parents know, shopping until you are dropping can be real fun.

However, as a marketer, when I am shopping and dropping I have no fun. Honestly, I feel like am being bowled over and floored and at times even feel as if I am being mauled at the Mall. (Oops , thesaurus again). 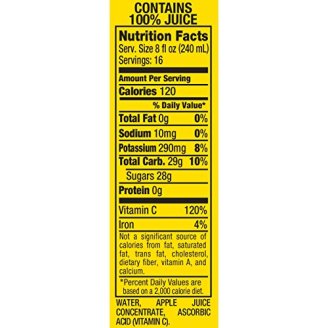 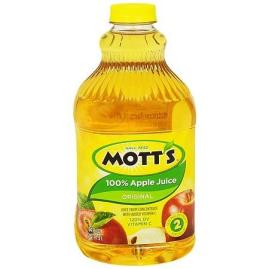 Look at the picture and as they taught us in law course, “res ipsa loquitor’ – the thing speaks for itself.

Yes, you see the 100% juice is noticeable, big, pronounced, bold, standing tall ..(sigh thesaurus again)  and can be seen from far away on the front. However, you have to literally drop to the ground to read the small print on the bottle, which is at the back of the bottle hidden from view that lists the contents as water, apple juice  concentrate and ascorbic acid. Wait a minute. The first ingredient is water in a bottle of 100% Apple Juice? What does this mean?

Not saying Motts, is telling lies. Motts did say CONTAIN 100% juice, not that the entire bottle is 100% apple juice. Let’s look at it this way: if Motts pours 100% apple juice in the bottle to say a ¼ full and then pour in water for the other ¾, it would not have lied. The bottle does contain 100% juice, albeit, the entire content is not 100% juice. This should cover all legal requirements? Right?  Sigh. Liars can figure eh? Well. Hmmm.

Now you see what I mean about the government’s complicity due to the allowance of this technicality. Sigh, a ¼ bottle of juice and ¾ bottle of water can be sold as a bottle of 100% juice and priced as juice? Technically, the jury could still be out on this one but as  Nikola Tesla would say: ” is a beggar dressed in purple clothes and made king using dazzling mathematics that obscure truth”. Figures don’t lie but liars can figure.

Seriously now, who does that? You would be surprised. It is more like, who doesn’t do that. If you believe that Motts is the only “culprit” (thesaurus again), then you are wrong. A growing number of food and drink companies are labeling their products “all natural” or 100% juice in an attempt to attract health-concerned customers in order to improve their bottom line and get in the black. Do you feel deceived though?

I was also looking at some of the shady guys or culprits that were caught and prosecuted. (Thesaurus again). It was surprising to find out that top brands such as Pepsi (Naked Juice), Kashi and General Mills were included.

In 2011, Naked Juice was forced to retract their claim that their juice was “100% fruit” and “all natural.” The juice company, owned by Pepsi, was actually including ascorbic acid and synthetic sources of fiber in their beverages — proving that “all natural” and #100%  can be fairly meaningless buzzwords.   The complaint points out that the “front-of-package promises that the product is ‘ALL NATURAL’ and ‘100% JUICE.’

It was held by the Court that a reasonable consumer would not assume that defendants were being deceptive and would not know to read the very-fine-print ingredient label.

PepsiCo Inc. agreed to settle for a $9 million lawsuit where each customer could receive up to US$75 in accordance to the company’s false, misleading and deceptive advertisements. Other companies, such as Kashi and General Mills Inc. faced an identical dispute for using GMOs, or genetically modified organisms, while claiming to be #100percent natural and containing no artificial ingredients.

So the sad thing about that Father’s Day scenario was that in 2016, one would hope that manufacturers and sellers are fair and honest and are respecting customers who they say is the KING. #Caveatemptor (let the buyer beware) should not be a rally cry for customers in modern times. After all, legislation such as the Fair Competition Act of 1993, consumer movements, discerning customers and competition should have forced sellers to recognize #caveatvenditor (let the seller beware).

So as you have seen, it wasn’t Father’s Day that was my issue. I had the dilemma of keeping quiet, not rock the boat and let my friend enjoy his “watery” bottle of 100% Apple Juice or tell him the truth and allow him to become distrustful of companies, supermarkets and government. Worse, turn him into an ardent advocate against false and misleading advertisement and he #startamovement. Sadly, it seemed I rocked the boat. 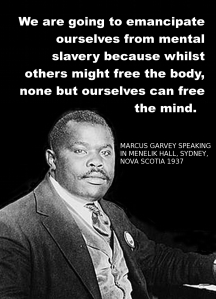 Interestingly, today, August 1 is Emancipation Day in Jamaica. Emancipation Day is celebrated in many former British colonies in the Caribbean in recognition of the August 1, 1838 declaration by Britain to set the slaves “free”. “Free” borders on false or misleading but suffice to say  we do need to free the captive and their captors as both are in mental slavery. Marcus Garvey said it nicely in Nova Scotia in October 1937: “We are going to emancipate ourselves from mental slavery because whilst others might free the body, none but ourselves can free the mind. Mind is your only ruler, sovereign. The man who is not able to develop and use his mind is bound to be the slave of the other man who uses his mind….”

One thought on “Caveat Emptor: Let the buyer beware”